Bitcoin and cryptocurrencies have resurfaced in the spotlight because money is becoming too big to ignore. So, it is time to address a few frequent concerns about this new technology – and determine if many individuals have just made the best investment of their lives or have made a catastrophic mistake. In the next few lines you have a true cryptocurrency for dummies and you can better understand this subject.

You have not been paying attention to the news if you haven't learned about crypto.

The term "cryptocurrency" has a short version: "crypto."

Bitcoin was the first, and it is currently the most widely used. However, you can only see cryptocurrencies on your mobile or computer screen.That is another reason why cryptocurrencies may not impress you as a typical currency is because of this.You'll have a hard time buying things with cryptocurrency at a toy store, a supermarket, or a hot dog vendor.

Bitcoin proponents will refer to a variety of potential benefits. They range from the ability to monitor items other than money on the blockchain to built-in support for smart contracts. Smart contracts run automatically when specific circumstances are fulfilled.

But the most significant benefit, and the one one on which everyone agrees, is that bitcoin is decentralized and hence incredibly resistant to censorship. While it is possible to monitor a bitcoin transaction in progress, it is not feasible to halt it. Filecoin aspires to be a decentralized Dropbox. In addition to merely informing the system that you may have some Filecoins, you may instruct it to store encrypted data. And then give Filecoins to whoever saves it on their machine.

If you save something on Dropbox that the firm doesn't like, the data might be deleted and you can be banned. It's difficult to determine what's being saved using Filecoin, and it's also hard to compel the system to exclude any one user.

Traders can create "smart contracts," or programs that can be launched on any user's machine if they are connected to the Internet. Consider paying a modest payment each time someone reacts to a certain signal with recent headlines: you've just created a decentralized news website. Alternatively, you may design a little application and pay someone every time it runs, resulting in a distributed system.

These emerging cryptos are led to as decentralized applications for the general-purpose rather than the specific currency utilized to make the system operate. When the token can represent a services contract, a land registration certificate, or the right over five minutes of running time, the connection to pounds and dollars has dissolved.

Bitcoin, to put it simply, is a type of virtual money— to put that another way, digital money.

Its method aims to overcome one of the most serious flaws in traditional currencies.

For starters, blockchains eliminate the need for a central authority, like a bank, to print and issue it.

A cryptocurrency is a virtual or electronic currency, protected by cryptography. And thus, making scams related to counterfeiting and/or double-spending virtually not possible. Many cryptocurrencies are constructed relying on blockchain tech.

On its turn, it is a digital ledger verified by a worldly group of computers. Cryptocurrencies are differentiated by the fact that they are not generated or controlled by any centralized authority. So, it makes them potentially impervious to government intervention or manipulation.

Cryptocurrencies are mysterious and difficult to grasp, which has resulted in the propagation of myths and legends about digital currencies. One of the most common misconceptions about crypto assets is that they are primarily used for criminal activities.

While it is true that criminal organizations and individuals have used digital currencies for nefarious reasons, the same can be said of all forms of money used throughout history. It is worth mentioning that governments and international organizations are cracking down on bitcoin-using scammers and organized criminals.

Many countries have put in place anti-financial crimes and counter-terrorist financing measures including bitcoin. Organizations and teams were established to prohibit the use of digital currencies in such illicit operations.

Virtual currencies are already accepted as a means of payment by many companies and retailers. Governments are striving to regulate them as people begin to accept them in regular transactions. Most digital currencies are free of malicious programming, coding, or other artificial means of stealing your money. Other cryptocurrency con artists may try to persuade you to take unproven transactions or call you pretending to be government officials and demanding that you pay your bills in bitcoin.

Money, according to the International Monetary Fund, is a generally acknowledged financial asset, national currency, or medium of exchange that can be converted into prices. Cryptocurrency is defined by the Financial Industry Regulatory Authority (FINRA) as a digital representation of a stored value protected by encryption. Accountants have been directed to report cryptocurrencies as derivative instruments. And with an indeterminate lifespan and to measure any crypto assets at cost rather than value due to a lack of guidelines from the Governments.

Getting help from crypto signals groups

Hands-down, Fat Pig Signals is one of the most well-known Telegram groups for the main crypto exchange signals. Some traders may view it as a pioneer of crypto trading and signaling because it is led by seasoned investors.

Fat Pig, like many other signal providers, offers a public Telegram group and a private group for VIP members. To participate in the latter, you must pay a fee. Please keep in mind that the free channel only offers you basic information as well as vital market news and updates.

Every signal is extensively evaluated with many metrics on the VIP channel, which provides a more tailored service. This is a great option for someone who wants thorough, specific advice on which stance to take such as when. 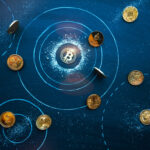 Cryptocurrency alerts: things you should not miss

Do you know what are cryptocurrency alerts? Many things have evolved with modernity, some have evolved well, others, unfortunately, have not. This is not the case with money. The money that used to be only paper, or electronic; credit or debit card. Today it is digital, and for our security it is also encrypted. Cryptocurrencies […]

How does crypto mining work?

The past few years have definitely changed the game for investors and how their money is seen. So, you have not been able to check what the new financial word is all about, here we present some interesting facts. They can point out where to start when it comes to crypto mining, a very profitable […]

Can Crypto Go Green? How to Invest in Eco-Friendly Cryptocurrencies?

The high electricity consumption during the mining of bitcoin and other cryptocurrencies is creating an environmental concern for many. Click here to learn about investing in eco-friendly cryptocurrencies.
PHISHING WARNING: Please make sure you’re visiting https://www.fatpigsignals.com. There has been an increasing amount of scammers and Impersonators. Please verify the handles carefully as well. Admins will never contact you selling investment products or a fund.
Official Admin Contacts: https://t.me/dad10 and https://t.me/gangplank123
+