Bitcoin halving is the main algorithm of emission control for Bitcoin, and it is what allows Bitcoin to be maintained without any authority. There is a cap on the total supply of Bitcoin, which has been mined since 2009. New Bitcoins are created through mining new blocks, which are created every 10 minutes. Bitcoin miners who discover blocks are paid for transactions that occur in that block. The amount was originally 50 Bitcoins, but it is halved every 210,000 blocks. This takes about four years.

How Does Bitcoin Halving Occur?

Bitcoin halvings, also called halvenings, are scheduled to occur every 210,000 blocks. That means that once 210,000 blocks are mined, the amount of Bitcoin that miners earn for verifying transactions is cut in half. The original amount was 50 Bitcoins. After the first 210,000 blocks were discovered, it was reduced to 25 Bitcoin. Currently, the Bitcoin reward is 12.5 Bitcoin. The next halving, which is scheduled to occur in May 2020, will see that amount reduced to 6.25 Bitcoin. This process will continue until the final and 21 millionth Bitcoin has been created by the system.

How Does Bitcoin Halving Impact Traders?

After a Bitcoin halving, there are fewer Bitcoins produced by the system. If it stays solid, this could potentially increase the value of Bitcoin. The process of halving limits the supply of new coins, which could lead to a rise in price for Bitcoin if demand stays strong. Although this has occurred during past halvings where Bitcoin saw a rapid increase in price, Bitcoin’s value can fluctuate by a large margin very quickly.

When Is the Next Bitcoin Halving?

How to Trade Bitcoin for the 2020 Halving

If you are interested in trading Bitcoin for the halving, you should not wait until May. You will notice that as the date gets closer, the price could move up. You should place a stop loss on your trade to protect yourself because Bitcoin can be very erratic. Make sure that you invest only what you can afford to lose, and have fun with it.

Will Bitcoin Increase in Value?

Although Bitcoin has gone up in value after previous halvings, what it does in 2020 will depend on the demand. If people sell their Bitcoin, its price will go down. If they buy, it will go up. The best way to approach it is to risk what you can afford to lose and see what happens. 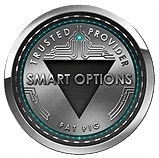